Phthalates and why you care 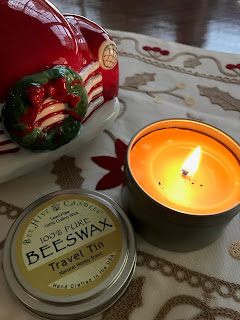 As a Functional Medicine doctor I spend a lot of time explaining how our every day lives and the things to which we are commonly exposed are hazardous to our health. In this busy Christmas season I've noticed many stores have increased the number of products with fragrance.

My journey began with a severe allergic reaction to fragrance.

In 2004 I was visiting a friend and awoke in the middle of the night covered in hives. My friend is a nurse practitioner and as soon as she saw me she asked if we should go to the Emergency room. I suggested I take a Benedryl and write myself a prescription for a steroid taper and remove myself from the room in which I was sleeping. The sheets on the bed were very fragranced and she admitted she had just laundered them prior to my arrival.

The rash and itching seemed to subside over the next 24 hours and I finished my steroid taper and returned to work the next week. I was in surgery, performing a very difficult hysterectomy, when I began to have a return of my symptoms along with severe burning in my hands. I was already using a specially formulated glove that did not contain latex.

That event led to my skin being in a constant state of itchiness and irritation (called dermatitis) for the next month. The dermatologist prescribed steroid creams and moisturizing shampoos, both of which only made the condition worse. He finally threw up his hands and sent me to the national expert in contact dermatitis in Louisville, Kentucky.

After patch testing I was told I was allergic to many different chemicals, especially to chemicals in surgical gloves and to fragrances. I had to stop working because there were no surgical gloves that were safe for me to use to deliver babies and do surgery. I had to walk away from a job that I loved doing and figure out how to live safely. Luckily I eventually was introduced to Functional Medicine.

In Functional Medicine we search for the root cause of disease and environmental exposures are a huge cause of disease. There are hundreds of articles related to phthalate exposure and thousands related to environmental exposure causing harm to humans. Phthalates have been implicated as endocrine disrupting chemicals. If you've been reading this blog then you know that an endocrine disruptor wreaks havoc on your hormones and can be the root cause of many different hormone issues.

Here is just one list of ways you can be unwittingly exposed to harmful chemicals in candles. I personally only use beeswax candles in my home and rarely a soy votive candle. If you have small children you should think twice before exposing them to fragrances and other chemicals that can disrupt their hormones.

The fact that we are seeing girls go through puberty at the ages of 8-10 is a direct consequence of environmental exposures and can be the cause of many hormonal issues in life, including increased probability of reproductive cancer.

I hope by shedding some light on this issue that I can help others to create a healthier environment for themselves and their families.

Posted by KFMillerMD at 6:17 AM