In the U.S. we usually use the word 'diet' to mean a weight loss scheme but the original word in Greek meant 'a way of life'. The 'Standard American Diet' or SAD for short, consists of a lot of packaged food, frozen food and take-out/drive-through food laden with preservatives and chemical additives. It's no wonder our allergy rates, diabetes rates, heart disease rates and cancer rates are skyrocketing. Our 'way of life' is killing us. 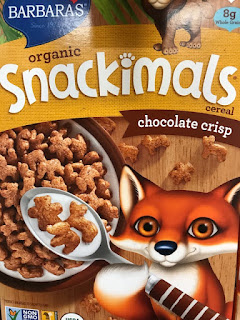 Organic but not necessarily good for you. 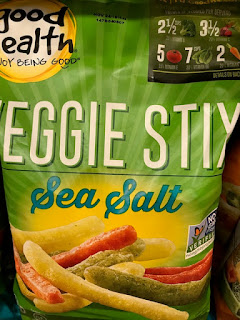 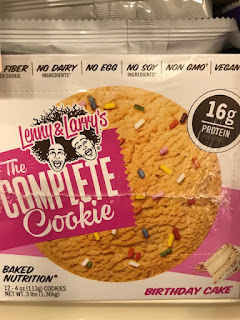 I don't think you can find these in nature!

I recently read this article about how an allergy to mammalian meat might develop following a tick bite and what struck me was that if the tick bite is injecting material that precipitates the allergy in certain people and this mechanism is how vaccines work then why hasn't the connection between vaccines and the rise of allergies been made? Probably because the vaccine makers don't want that data to be known - just like Big Tobacco didn't want the lung cancer data to be known.

If the whole lung cancer from smoking paradigm doesn't impress you or the fact that it took until 1996 for the U.S. to ban lead from gasoline when it was known to be toxic for hundreds of years or that it took two decades for the radioactive paint industry to be brought to justice (please read Radium Girls) then you can stop reading now and go enjoy a Big Burger Meal Deal. For the rest, I want to raise your level of awareness about your way of life.

I saw a patient this week who was brought in by her husband. She is in her mid-50s but is unable to function because she had a massive stroke. She is lucky it didn't kill her. She can't walk without assistance and is partially paralyzed in her upper body on the right side. She doesn't have all of her speech ability. She has some severe nutrient deficiencies so I had to get creative in helping her husband figure out how to improve her nutrient status so she can perhaps have better function. She can't really swallow large pills so she will have to get her vitamins and nutrients in food and in powder or liquid form. 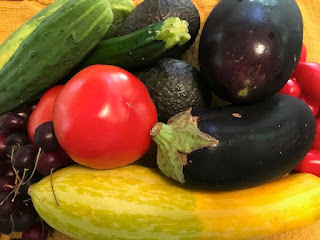 You may recognize these veggies from my previous post. The easiest way to boost nutrient levels and antioxidant power in your body is to eat unprocessed organic foods. For my patient, if she has difficulty chewing certain foods they can be put into a smoothie. Her husband has had to learn how to cook and make smoothies and the only feedback he has is if she won't eat something, he has to assume she doesn't like it or she doesn't tolerate it. So how can he find out if a food isn't tolerated? Let's discuss.

There are two basic strategies to help determine whether a particular food is causing an immune reaction that could harm you.

The 'gold standard' to finding the foods that may trigger your immune system is the elimination diet. I frequently place my patients on an elimination diet for at least six weeks. The reason being that any immune reaction to a particular food produces antibodies that will circulate in your blood for at least 4 weeks. You want to get rid of all of the antibodies before adding that food back to your diet in order to see if that food is a problem.

For example, if I eat eggs every other day and my body doesn't like the eggs then I will constantly be producing antibodies to the eggs. I may not notice any symptoms from the increase in antibodies to eggs. I may even develop seasonal allergies or autoimmune disease and never suspect eggs as the trigger for my condition.

Then I eliminate eggs for six weeks and those antibodies all go away but the ability to make them remains because our immune system has memory. So when I add the eggs back in I notice I feel bloated and produce a lot of intestinal gas (whoopsie) and that tells me that my immune system doesn't like eggs.

I might not die from being gassy but the activation of my immune system could lead to other issues like Hashimoto's thyroiditis, Rheumatoid arthritis, Multiple Sclerosis, and more over time. I've seen patients who were developing serious nervous system disorders who completely recovered when they eliminated gluten. Yes, there are serum tests for celiac but if you eliminate gluten and your symptoms go away do you really need to run any tests?

Depending on your level of commitment, you can eliminate one food at a time for 6 weeks or you can eliminate all of the most common foods found to cause immune, gut or neurologic disorders. These include:
Gluten
Dairy
Soy
Corn
Peanuts
Nightshades (potatoes, tomatoes, peppers, eggplant, goji berries)
Eggs

If you decide to do it yourself, following an anti-inflammatory diet by avoiding packaged foods, red meat, sugar and alcohol will help your immune system and gut do a better job during the process and make it easier to determine if a food causes a problem for you.

If you've already done an elimination diet and didn't get a clear idea of if a food was an issue for you, the second way to determine if a particular food is a problem is by using a reliable reproducible food sensitivity test. Do a bit of research before you get tested because most of them will set you back at least $250 and upwards of over $1000 and some provide more useful information than others. Work with a Functional Medicine doctor to find out which test might be right for you.

So back to my patient. I'm not sure which foods may be an issue and her husband doesn't feel he can afford the testing so he can eliminate one food at a time and see if she feels better. Since she had a stroke due to hypertension (uncontrolled, not taking her blood pressure medication) and a diet mainly of eating take out and restaurant food (heavy on the salt), just eating healthy unprocessed foods is helping her gradually recover from her brain injury from the stroke. 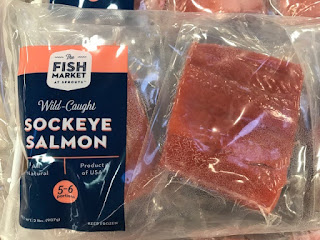 For her nervous system to improve, omega 3 fatty acids are very important. These come from walnuts, chia, flaxseed oil, cold water fish like salmon and sardines and algae. Vitamin D3 is also very important and she can get it from cod liver oil (yum, right? - jk), salmon, mackerel, fortified orange juice, eggs from pastured hens and not so much from mushrooms or fortified milk. There are liquid vitamin D drops to help boost her levels as well.

Increasing the antioxidant levels in her food are critical to helping her heal. This means eating colorful foods like the ones in my veggie photo above. It is easy to incorporate foods with high antioxidant power (ORAC values) - I put cinnamon in all of my smoothies and try to have a blueberry smoothie at least twice a week (got to rotate with the cherries and the black raspberry powder).

For more on stroke recovery this book is fascinating.

So to all my friends, family and readers who want to avoid stroke-town and diabetes-ville and heart attack city, maybe consider that those foods that are so convenient maybe aren't so convenient in the long term. Maybe our bodies are designed to function at their best when they are nourished with the best foods, as close to their unadulterated form as possible. Maybe all those fast food ads are selling you poison disguised in glitzy packaging.

I hadn't had fast food in years and last summer my son wanted some Sonic so I got it for him and tasted his food. I had to spit it out! All I could taste were the chemical additives and fake flavoring and preservatives. I suspect that all the added flavoring and preservatives alter your taste perception so you like the processed food taste but when your taste buds revert to their natural state they will tell you the difference. So get rid of soda and sugar-heavy snack foods, chips fried in inflammatory oils and salt-soaked take out. You may just feel twenty years younger!

And lest you think I never eat anything yummy (although the salad and roasted eggplant I had for supper last night were yum-oh) - I made this vegan gluten free Double Chocolate Zucchini Bread - yes, the same one I made last weekend - for my son to celebrate completing his last high school Summer Marching Band Camp (any excuse for chocolate): 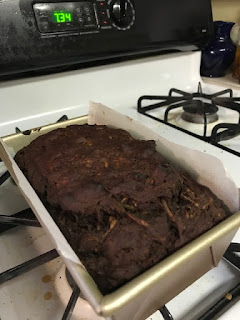 Line a 1 pound loaf pan with parchment paper and preheat the oven to 325 degrees F.

Make a flax egg by grinding 1 T flaxseed and placing the ground flaxseed into a small glass bowl and adding 4 1/2 T filtered water and let sit for at least 10 minutes.

Shred a medium zucchini and place roughly 2 cups of shredded zucchini in the bowl of a stand mixer or into a large mixing bowl. Add the flax egg, 1 tsp vanilla, 1/2 cup agave syrup (or maple), 1/2 cup cashew milk, non-gmo unflavored soy milk or your favorite non-dairy milk and 1/2 cup unsalted cashew butter (or almond butter or sunbutter) and mix together until well blended.

Add in the dry ingredients and mix well. Add a handful of Enjoy life dark chocolate chips and fold in. Place the batter into the loaf pan and bake about 50-60 minutes (test with toothpick for doneness). Let cool in the pan about 15 minutes then lift onto cooling rack. Enjoy with some green tea (or organic coffee).

Posted by KFMillerMD at 8:39 AM