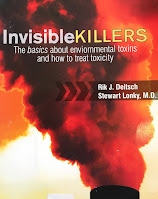 Mercury Awareness week is mostly about the presence of mercury in dental amalgam fillings. Many dentists have moved away from using mercury but I am still seeing dentists (and dental hygienists) who were exposed for years and now are having health issues.

A couple of years ago I saw a young man in his early 30s who was coming in for cognitive problems. He was having difficulty concentrating and noticed that his memory was slipping. When we met for our initial consultation I had already gotten his intake questionnaire and didn't see anything suspicious but did note that he was a chef.

So when we made our way around to his nutrition and his eating habits, he revealed that every night he would take all of the fish heads and trimmings from prepping fish for his customers and make a big pot of fish broth. He would then make himself a big bowl of fish soup using the broth and have that for lunch and dinner every day.

I immediately suspected there was a mercury problem because many fish are high in mercury. The main ways we get exposed to mercury are either fish consumption or dental amalgams.

So I ordered a blood mercury level on him, along with a few other biomarkers to give me an idea of whether mercury exposure was the culprit.

Fish accumulate methylmercury in their muscles. It is tightly bound so it is not reduced by cooking. Levels in your blood will peak somewhere between 4 and 14 hours after eating and the half-life (time to eliminate 1/2 of the methylmercury) is 45-70 days!* Plenty of time for it to wreak havoc in your system.

It can be transported into your brain. It is a potent neurotoxin. When I measured his mercury in his blood, it should have been <5 ng/ml (95%ile) but was around 55 ng/ml! I don't often have such an obvious root cause of a person's health concerns but as it turned out, once he quit consuming fish every day his symptoms slowly resolved. I gave him some supplements to help him eliminate the mercury from his body and haven't seen him since his followup so I am guessing he had no more issues.

I think getting into all the biochemistry of mercury is probably too much for this post but wanted to highlight the other health issues that can be traced to mercury exposure. Mercury exposure can cause autoimmune disease (especially thyroid), hypertension, cardiovascular disease, dysregulation of blood sugar leading to diabetes, impairment of immune function, hair loss, hypersensitivity and allergies, non-alcoholic fatty liver disease, depression or emotional instability, chronic yeast infections, and of course neurologic issues like decreased memory, concentration, autonomic dysfunction, demyelination leading to peripheral numbness and tingling, and ADHD in children.

If you are thinking about getting your amalgam fillings removed, find a biologic mercury-free dentist who has been trained to remove them safely. Here is a good place to look for one near you.

If you want to check out the amount of mercury in your seafood, here is a good resource.

In general, the larger the fish, the higher the mercury content. So shark, swordfish and tuna are all high in mercury.

The other main source of mercury exposure is the air and water, especially if you live where coal is burned or where hospital waste is burned, or near a crematorium. It is also in fungicides, many vaccines, latex paint and mercury thermometers and CFL light bulbs.

So how to find out if mercury is behind some of your health issues? Find a Functional medicine provider like myself to test for mercury, get more information about safe removal of amalgams or just find out how to eliminate mercury from your body (as it does get stored up over time). To work with me via telemedicine or in person, contact me through my new website: elevatefxmed.com.

Look here to find a practitioner near you if you would prefer to see someone in person and are not able to travel to my office.

Posted by KFMillerMD at 6:37 AM No comments: 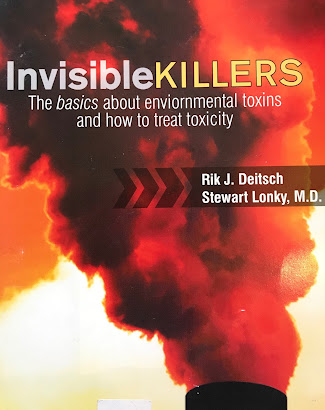